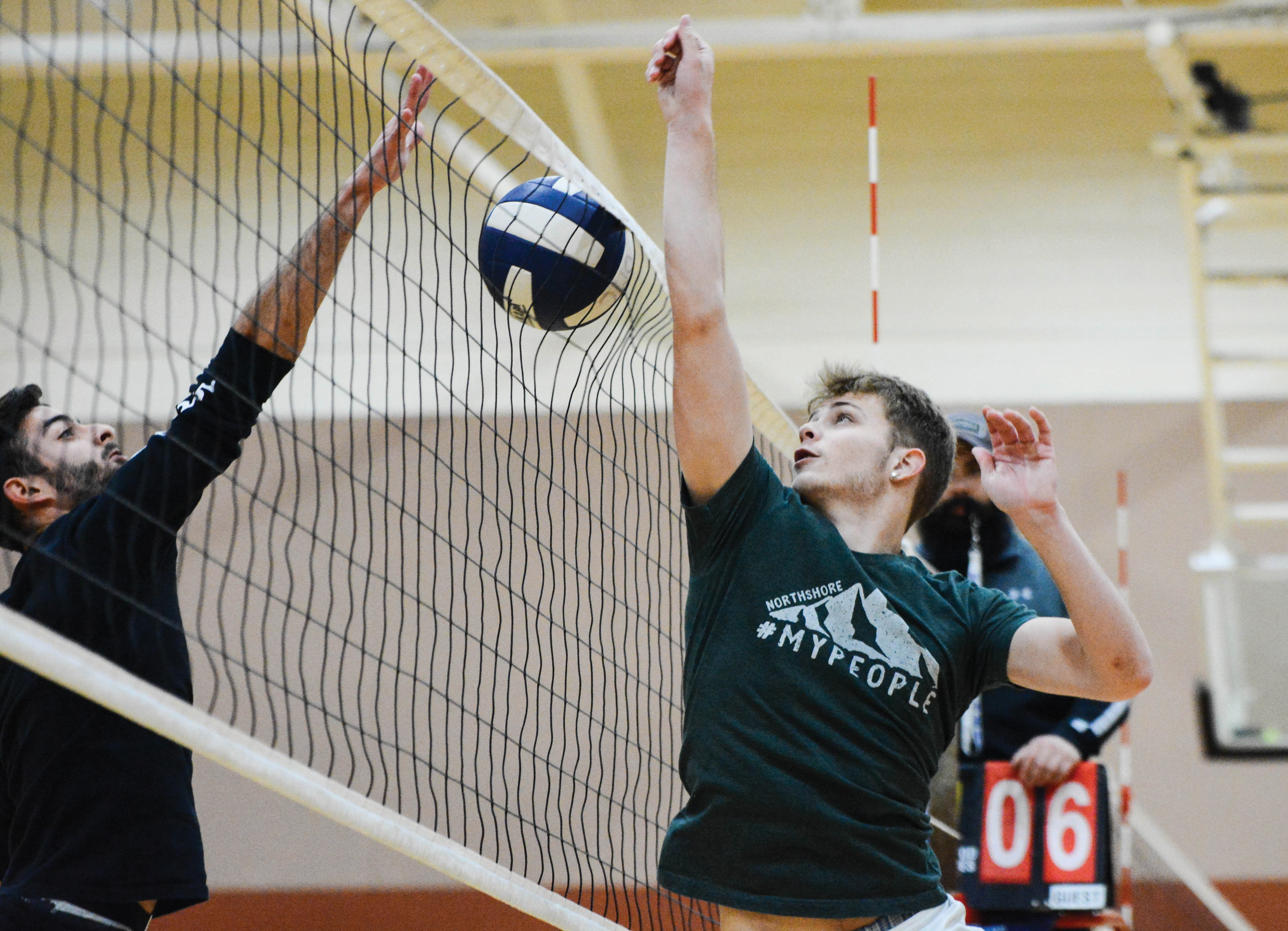 Intramural volleyball has come to an end with one team crowned as the champions.

Four teams began the tournament, which ended with Team Blue and Team Gold facing off for the championship.

Angel Hernandez, a collegiate student, said it was her first time playing intramural volleyball this spring.

Timothy Hernandez, a freshman at Del Mar studying kinesiology, was on Team Blue.

“I’m playing to win a shirt, but it’s a fun teammate sport,” he said.

A volleyball veteran, Caleb Cross, dominated on Team Blue. Cross has four years of volleyball experience and this is his first semester playing intramural volleyball.

“I would like more numbers for competition,” said Cross, who added that sports are his was to relieve stress.

Team Blue took home the gold and the T-shirts. They won the best-of-5 series on Feb. 12. Almost pulling off a sweep, Team Blue won the first two games but lost the third. Team Gold almost had them the fourth game but fell short 25-19.

Students can look forward to 5-on-5 basketball league, a spikeball tournament, Ultimate Frisbee and a 3-point contest in the next two weeks.