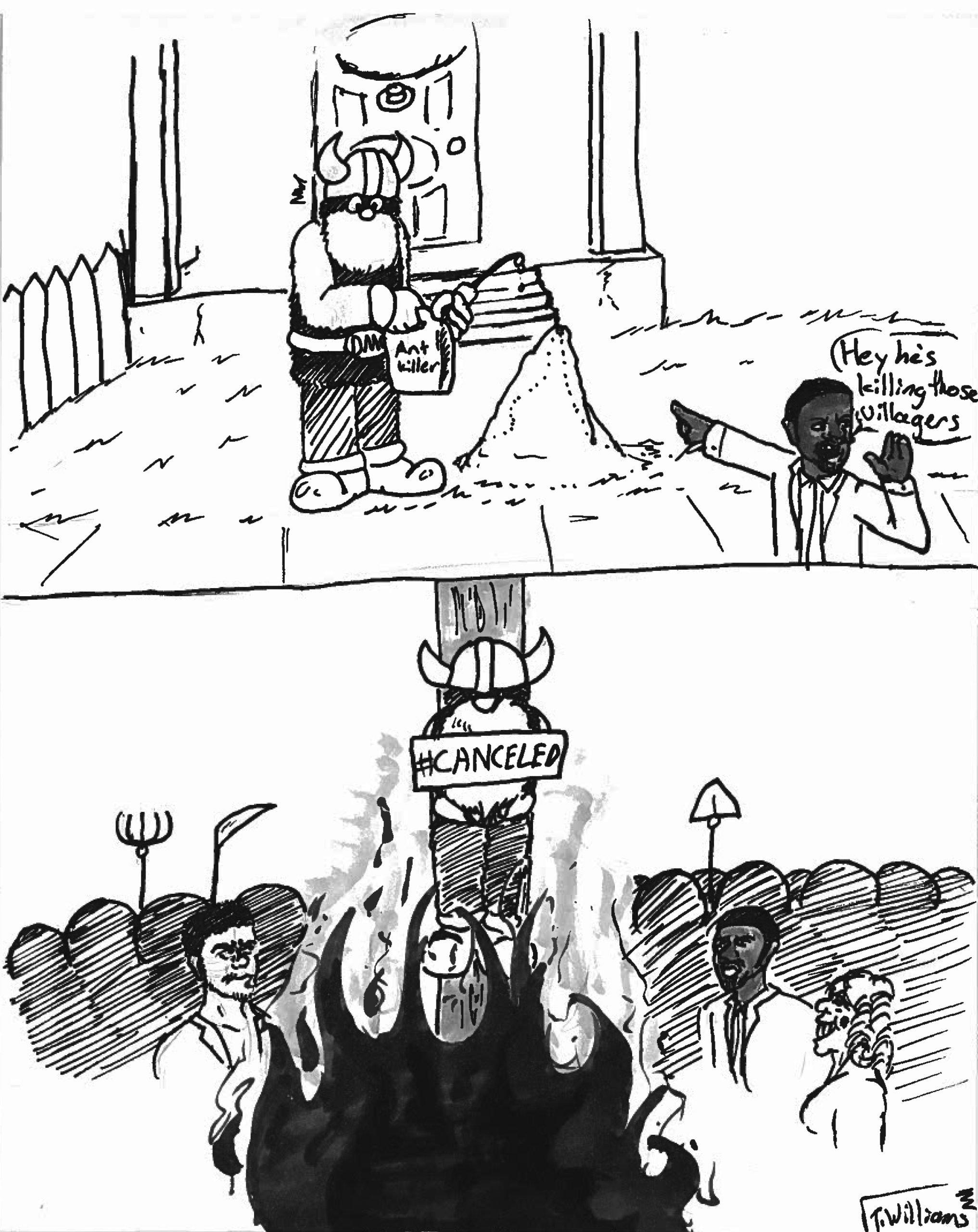 In January, British actor Rowan Adkins told Radio Times that cancel culture has “become a digital mob roaming the streets looking for someone to burn and has made it hard for people to be exposed to a wide spectrum of opinion.”

In many ways, the man known to so many as Mr. Bean, for all intents and purposes, may be right.

The origins of cancel culture are debatable. Some people say it can be traced as far back as the early 2000s in music videos when “canceling” referred to the ending of a relationship. What is not in debate is how the phrase used today became what it is largely in part of the #MeToo movement in 2018, resulting in tough stances about what is and is not acceptable behavior.

Through #MeToo, cancel culture targeted celebrities and public figures such as, but not limited to, Louis C.K., Harvey Weinstein, Bill Cosby, and most recently New York Gov. Andrew Cuomo, all accused of improper behavior.

Many can say that cancel culture has brought to light the social injustices involving racism, sexism or disparaging remarks toward minority groups such as LGBTQ, immigrants, indigenous and people with disabilities.

Unfortunately, the umbrella of cancel culture goes way beyond #MeToo. Cancel culture doesn’t discriminate. It targets anyone and everyone who may at one time have said or done something that may be deemed offensive by a certain group based on something seen on social media without understanding or even being open minded to what the context is.

Mike Lindell, the My Pillow guy, was dropped by retailers after he openly questioned the legitimacy of the 2020 presidential election results.

J.K. Rowling, author of the “Harry Potter” series, faced calls for her cancellation after her comments voicing fears that the push of transgender rights would endanger women’s rights.

The trend doesn’t stop there. Cancel culture also affects historical figures, companies and just about anyone else who does or says something that can be deemed offensive by another group.

George Washington, Thomas Jefferson and Abraham Lincoln, former presidents of the United States, have all had their names wiped clean from the city of San Francisco public school system because the school board deemed their names had ties to racism and “dishonorable legacies.” We have seen that locally with the name change of the Hamlin Middle School mascot from the Rebels to the Hawks because of the name’s ties to the Confederacy.

Businesses such as Chick-fil-A, Hobby Lobby and recently, Goya Foods, have also been targeted for their CEO’s individual stances on a particular topic.

Where do we draw the line? It’s come to a point where cancel culture has become an attack on our right to free speech in many instances. Cancel culture has taken what started out as a powerful movement that raised awareness to important causes and brought to light certain injustices that needed to be rectified and has turned it into another bully pulpit to target individuals and businesses that certain groups just don’t vibe with for whatever reason.

There needs to be a point to where we are all able to stop and say, “We all agree that something is not right and something needs to be done but let’s take a minute to see why.”

There is definitely a priority in holding people accountable for their actions but at some point, there has to be an open dialog to make sense of the consequences that people are being forced to face. Those consequences need to be appropriate and must benefit the world as a whole. There needs to be a standard as to who deserves to be canceled. Is it fair to equate something that was said 5, 10, 15 even 20 years ago by somebody who’s mentality and views have changed since compared to the sexual predator who continues to prey on victims? We have to be able to separate the Paula Deans of the world from the R. Kellys.