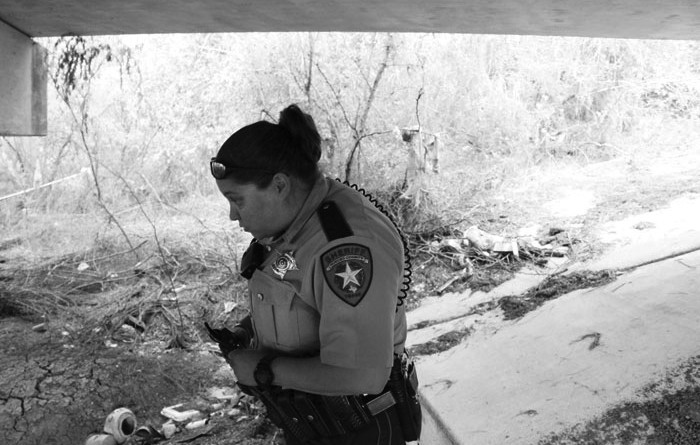 With the Trump administration promising more policies on immigration and deportation, many Hispanics across the U.S. are on edge, wondering what will come next.

As Immigration and Customs Enforcement raids have increasingly made headlines, Del Mar College student Anais Esquivel empathizes with the individuals being affected.

“They are instilling fear into undocumented communities where most of them are just trying to make a better life for themselves versus where they came from,” Esquivel said.

Esquivel feels these raids have a negative impact on the U.S. and wants to see that the issue is brought to the attention of all individuals.

“The raids are not being covered enough. This is a major issue in the U.S. because it is an illegal search and seizure,” Esquivel said. “It isn’t right that the government wants to allow police officials and government officials to ask for identification. People of different ethnicities should be able to step out of their homes without the need to be worried to have to carry their identification everywhere they go in fear of being taken away unlawfully.”

Although there have been a few rumors of deportation in Corpus Christi, they appear to be just rumors.

That doesn’t stop immigrant families from the fear of deportation or businesses from taking a stand to support the individuals.

In 2002, the Homeland Security Act was passed to prevent terrorism after 9/11 had occurred the year before. In response, the Bureau of Immigration and Customs Enforcement, a constituent agency of the Department of Homeland Security, came about in 2003. This agency, now known as US Immigration and Customs Enforcement or ICE, was established to protect the US from illegal immigrants who threaten national security and public safety.

ICE agents have been on their feet raiding homes and businesses across the U.S., arresting criminal and non-criminal immigrants.

In 2012, under the presidency of Barack Obama, 409,849 individuals were removed. Approximately 55 percent of these, or 225,390, were removed because of felonies or misdemeanors.

With 400 offices in the US, ICE has over 20,000 employees and under the Trump administration the numbers are increasing.

Illegal immigration has become a hot political topic because now that Trump has taken the role as president, he is taking a more forceful action to decrease the amount of immigration in the states.

Trump is pushing to build a border wall, and it has brought about chaos and anxiety toward undocumented individuals.

Texas, New Mexico, Arizona, and California border the country of Mexico of over 1,900 miles.

Approximately 38.8 percent of the Texas population is Hispanic, according to the U.S. Census Bureau.

Aside from the wall, sanctuary cities are another factor when it comes to the strict control of immigrants.

In agreement with Trump wanting to punish these cities, Attorney General Jeff Sessions is looking to cut federal grants to cities and states that are securing immigrant felons from the federal laws.

Texas lawmakers are cooperating with Trump’s decision and are looking to defund sanctuary cities in the state.

On Feb. 16, businesses around the country closed for the day in support of the importance of immigration.

Jalisco Grocery and Meat Market was one of few local businesses that closed on “A Day Without Immigrants.”

Manager Ruth Palomino felt that there should have been more support in the city and that more businesses should have participated in the protest of immigrants.

“Because we’re also Hispanics and Latinos, I think some way or somehow we have to demonstrate that we’re in favor of their rights and our business depends on them,” Palomino said.

Palomino felt that since they are the ones that give them their business they should show their support for them and show that they are also against racism, deportations and separating families.

“We too have family members that are undocumented and like it’s been said we come here to work, to make something of our lives for our families,” Palomino said.