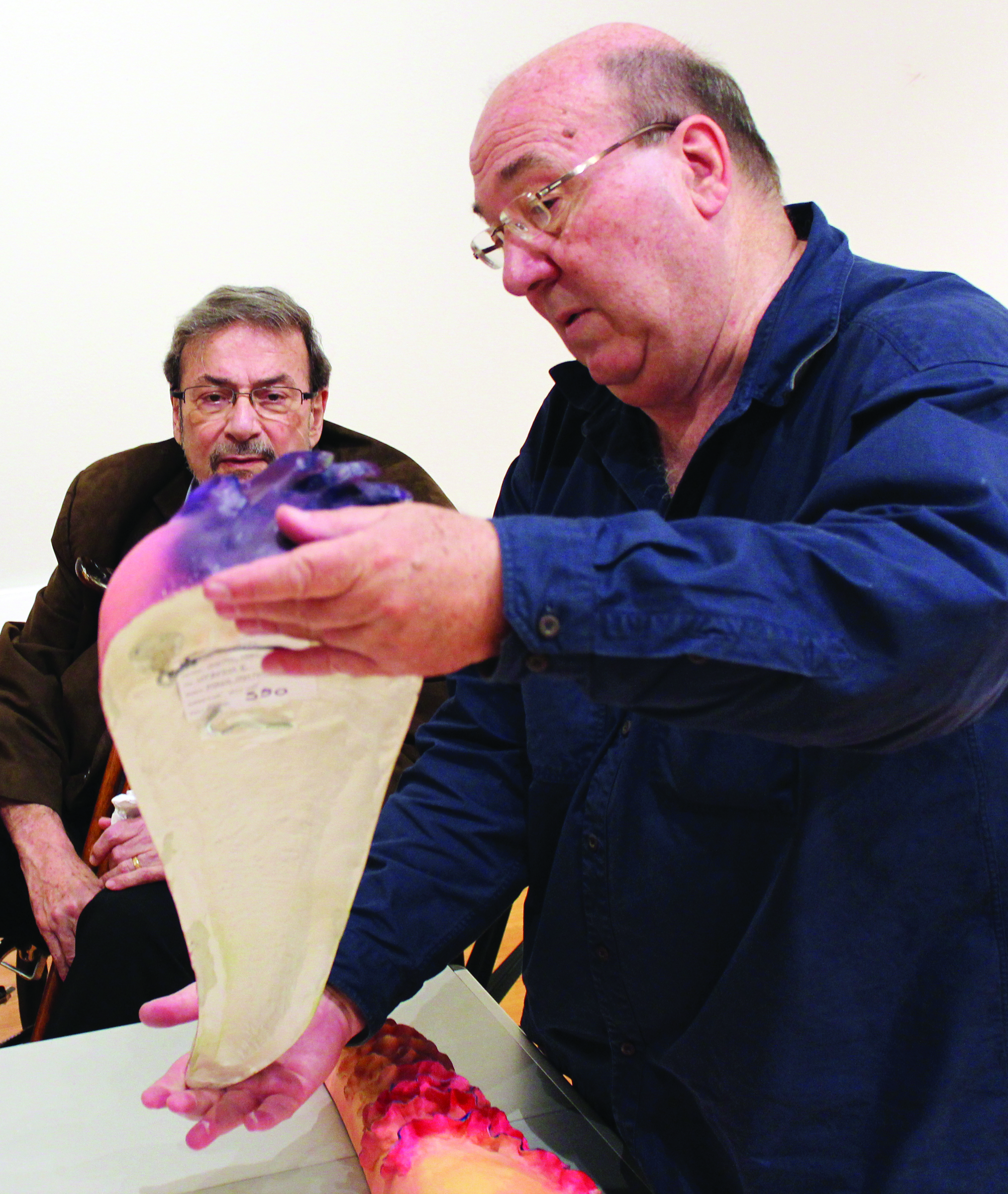 International artist Leonard Lehrer recently shared his artwork with Del Mar College students and staff in his personal “grand tour” lecture. His lecture, titled “Observations on My Personal Grand Tour,” took the audience through his life and the artwork that was inspired through his experiences.

Lehrer grew up in Boston and fell in love with baseball and art. Every chance he had he would wait at the stadium and collect the signatures of the baseball players. As he grew older he realized he wasn’t good at baseball and ventured more to his love of the arts.

At age 12 he discovered the art galleries in Boston and became well-acquainted with the art and the museums. As he grew older his art was gaining respect and he worked at many universities to incorporate a Master of Fine Arts degree and other art programs. His MFA program earned him the honor of emeritus professor of art at NYU.

One of Lehrer’s colleagues sent a piece of his artwork, “Monument Valley,” to the Baseball Hall of Fame and he became the only artist to ever be inducted. This artwork was inspired by the love of baseball that he never lost.

Lehrer, during his Feb. 6 lecture at Richardson Hall, discussed the different printmaking techniques. He explained how he prefers lithography (drawing on limestone) and met a master printer while at the Tamarind Institute of Lithography. This master printer sends him a stone every month to create a new piece of art. Once the artwork is completed Lehrer sends back the stone to be printed exclusively by the master printer.

As Lehrer’s art became more well-known he had a chance to go through a famous overseas rose garden where he said “there were so many roses that you had to push them aside just to walk.”

This experience led to a period where all his artwork was rose-inspired. His “Persian Rose” print was purchased by King Hussein of Jordan at the request of Queen Noor during one of his exhibitions and was immediately placed in the Royal Jordanian collection. Many exhibitions were held in Germany and in Spain, as well as the United States.

One experience he remembers fondly was of a girl who had a deformity that resulted in her being unable to speak but who communicated with her hands. Though the hands did not communicate in the normal fashion she was still able to communicate effectively with odd bends and twists of her fingers. This captured Lehrer and he drew her hands as he saw and wished to express them.

Later in life Lehrer also became inspired by collage and digital prints. With the combination of these he created a story of his own life. The print included his home in Boston, his path in life and ended with fish he had as a child. He talked about many other digital prints he has done in his life, many large and over 15 feet long and 5 feet wide.

As Lehrer finished his lecture he explained his view of art and why he expresses it.

“I attempt to address the magic of the arts, the unexpected, the sense of discovery that the adventure of my life has provided for me,” he said.