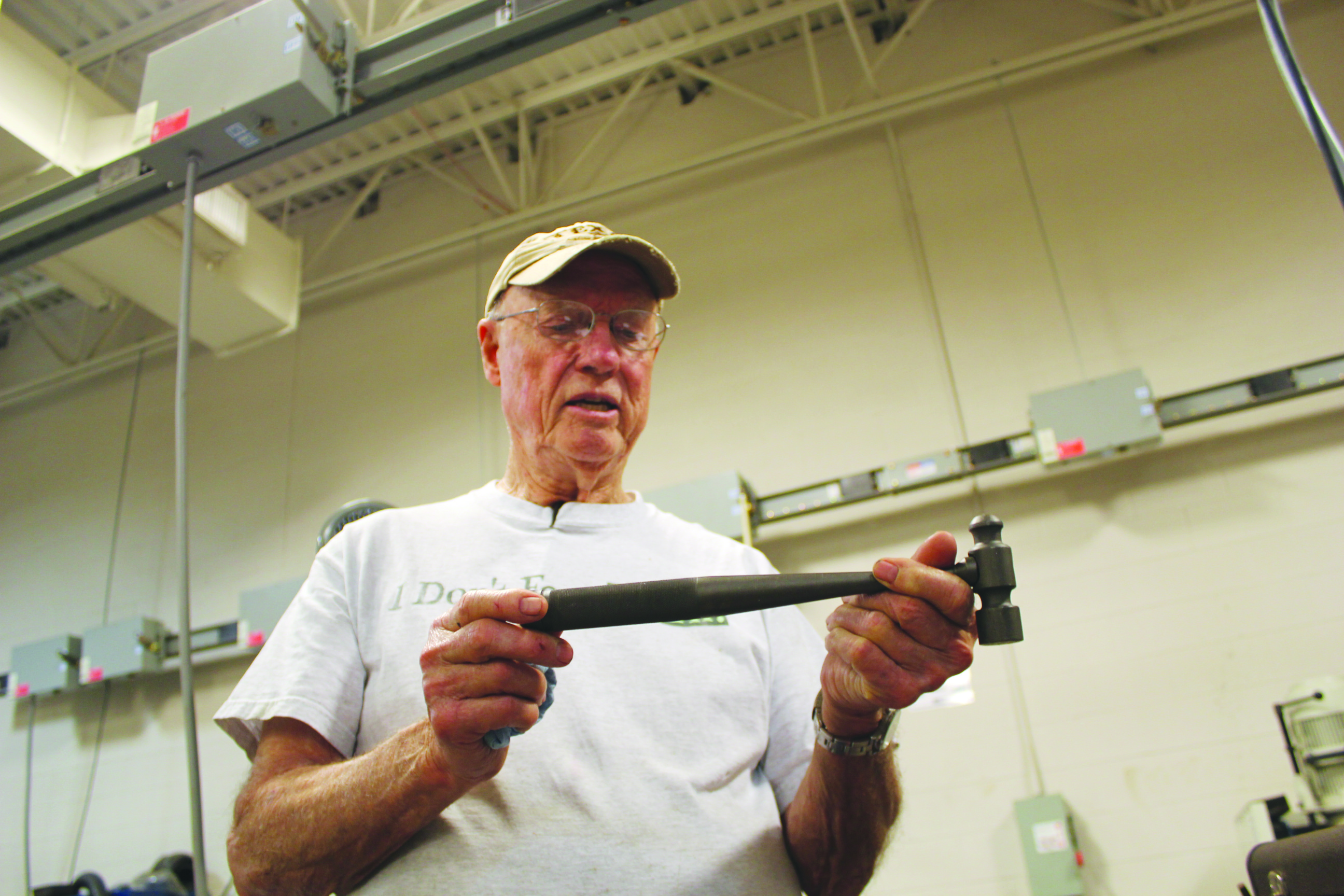 If there’s anything Ramon “Doc” Mayfield has to share with those inspiring to go back to school it’s that it’s never too late to learn. At the ripe age of 82, Doc is the oldest student in Del Mar College’s industrial machining program. Set to graduate this spring, Doc has delved himself back into the college scene for the second time in his life.

Doc graduated from Del Mar’s chiropractic program in 1958, too far back for the campus database to pull up his previous records. Randy Glasson, instructor of Industrial Machining Applied Technology, brags on the progress and motivation he’s witnessed in what he calls his “senior senior student.”

“When he comes to school, it’s giving him a purpose in life,” Glasson said. “He feels like he’s part of the society. And hopefully, it’s encouraging the younger people.”

Being retired and not experiencing the financial stress of maintaining a job, Doc found himself without anything to occupy his time and unfortunately was tired of having idle hands. After hearing that his grandson completed courses in a machining program, Doc soon acquired an interest in the same field.

“I couldn’t stand doing nothing,” Doc said. “I thought, if he can do that, then I can do that.”

After talking to his wife of seven years about going back to school after being out for 60 years, Doc started his courses in the fall of 2012. The classes run from 7 a.m. to noon Monday through Thursday. Glasson said he’s never experienced a problem with Doc’s attendance.

When asked if there was anyone in the program who stood out to Doc, his eyes lit up and he immediately responded with fellow classmate Russell Treadway.

“He’s a very special man,” Doc said. “He’s so witty and willing to help everyone in here.”

Treadway has known Doc the two years they’ve been in the course together. Treadway is doing post-graduate work and spends much of his class time helping the other students with their assignments.

The reason behind Doc going back to school may surprise some, but to him this is just something to pass the time. Without the worries of finding a job, Doc has found a new hobby to keep him busy. He says it’s just a pleasure being in the courses and he’s enjoyed learning the machinery.

“If I could find a job as a machinist in a shop I might go work there,” Doc said. “But I’m soon to be 83 and I know they don’t want old people. They want young people.”

Doc laughingly showed off the only battle wound he’s acquired since being in the program: a small scrape on his left index finger.

So what’s next for Doc? He’s planning to continue his education this fall to gain more experience and knowledge in the machining field.

“I’m doing this simply because I want to learn and I enjoy it,” he said.