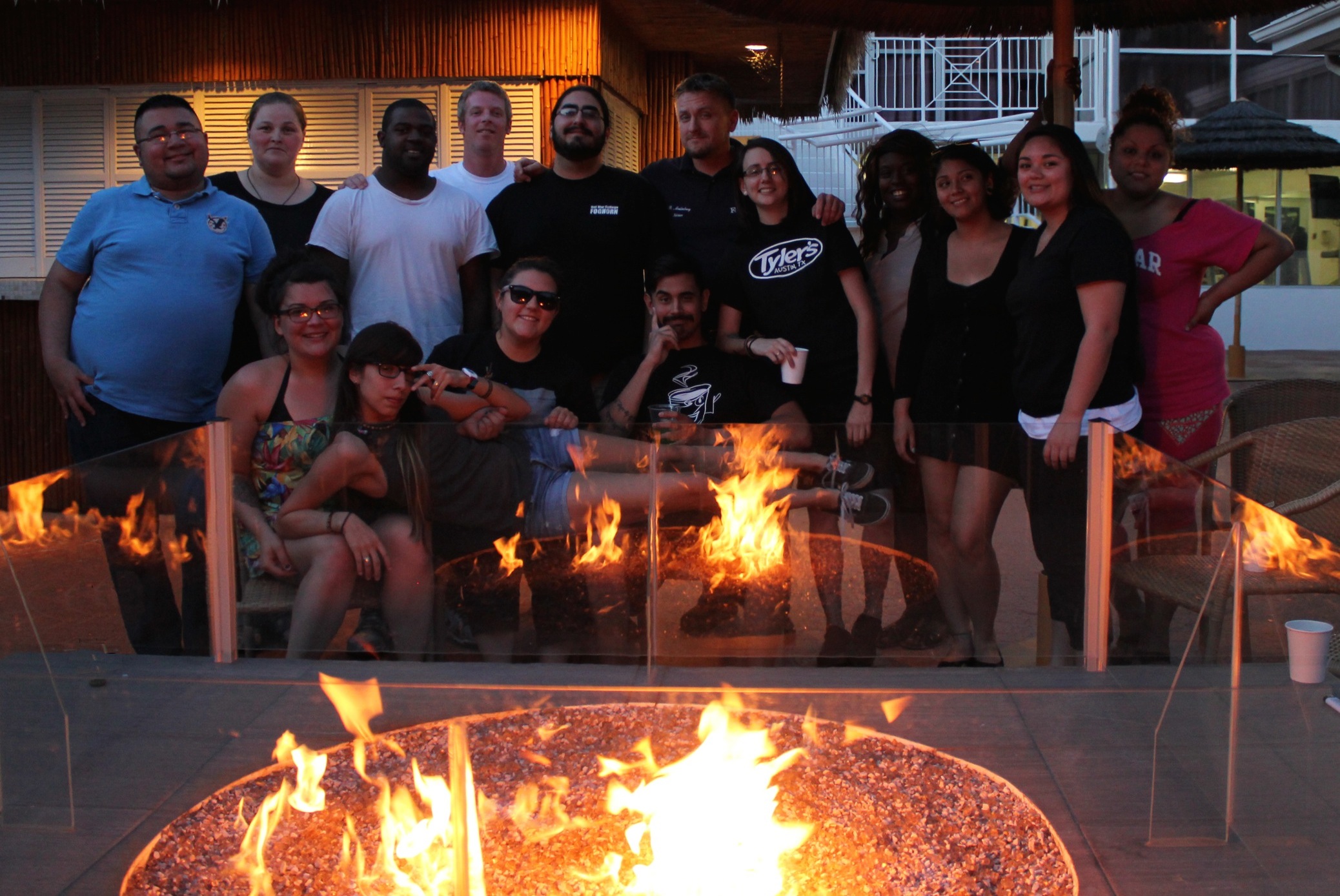 Del Mar College’s very own Foghorn staff took home 31 awards, as well as Journalist of the Year, at the annual Texas Intercollegiate Press Association competition. Staff member Raul Alonzo received the most individual awards, with seven, and was the recipient of the Mike Warms Memorial Community College Scholarship. Reporter Alexandria Rodriguez was named Journalist of the Year.

“It was scary walking up there but I had adrenaline going,” Rodriguez said. “I just kept thinking, did they just call my name?”

“Though I have never been one for awards or competition, it’s nice to have my work recognized and now I know my works means something,” said Alonzo, who works as a designer for Scripps at the Caller-Times. “I’m ecstatic, thrilled that the paper and staff overall did well. This goes to show how much everyone upped their game.”

TIPA started in 1909 and is the oldest collegiate press association in the nation. The TIPA competition had 42 Texas schools compete this year, one of the largest competitions it has had to date. The Foghorn staff took third place for Best of Show at the conference, held April 10-12 in San Antonio.

“It’s a satisfying feeling as editor to see my staff grow and learn and work hard to get what they deserve,” Foghorn Associate Editor Midori Allen said. “I believe it’s a good learning experience, especially if it’s your first one.”

According to TIPA the conference originally started out as three competitions and has grown to contests in general magazine, radio, television, online, two divisions of yearbook, two divisions of literary magazine and four divisions of newspaper, plus 25 on-site contests during the annual convention.

“I had a great time with my Foghorn staff,” said reporter Kira Hays, who won the Sports Action Photo category. “I felt incredibly excited about winning.”

There were also workshops offered during the competition that introduced students to professional journalists on topics such as Associated Press style, photography, the importance of internships, ethics in journalism, newspaper design trends and more.

TIPA is an association representing the student media at two- and four-year public and private colleges and universities in Texas.

“They learned a lot and represented the school in a very positive manner, not just through awards but through their behaviors and actions at the conference,” Del Mar College Journalism Professor Robert Muilenburg said.