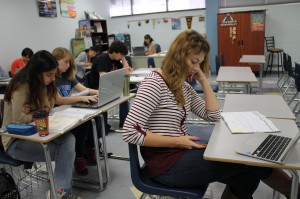 Cellphones seem they’ve become an extension of ourselves. Some 94 percent of community college students are wireless Internet users and 85 percent of these users have a cellphone, according to the Pew Research Center.

The amount of students looking down at screens has been increasing, especially this semester, said Roger Steinberg, associate professor of geology. With almost his entire class looking down on a recent day, Steinberg realized hardly anyone was listening to what he was saying.

The first week of November, Steinberg decided he needed to start enforcing the rules discouraging cellphone use in his syllabus.

“I had enough. Don’t they see they’re being rude and disrespectful? There’s no point in being here,” Steinberg said.

“I’m pretty easy going. I have a laissez-faire approach to my class,” he said. “I recognize students as mature adults that pay money to be in class.”

Steinberg does not have an attendance policy. He compares constant cellphone use to lack of attendance.

“Being able to use your cellphone in class gives you access to material on Canvas you didn’t get a chance to print,” Montalbo said. “it’s just easier. Accessing Canvas documents, Google Documents and PowerPoint is really quick and easy.”

Montalbo doesn’t encourage being on your cellphone the entire lecture, but she feels constrained by professors with strict policy against it.

“At times it’s obvious not to be on your phone, but knowing I can’t get to my online notes is a drawback to the class,” Montalbo said.

In Associate Professor Mark Robbin’s history class, cellphones have occasionally functioned as a tool to facilitate inclusive class discussion. Students can express their views on instant polling sites by way of following Robbins’ link and submitting their raw opinion to the historical monument or time period presented.

This instantaneous interaction, made possible by cellphone use, is important to understanding and engaging with history, according to Robbins.

“Without having to call on students, or rely on those who are comfortable expressing their opinions, we can build a discussion aside from the cellphone.” 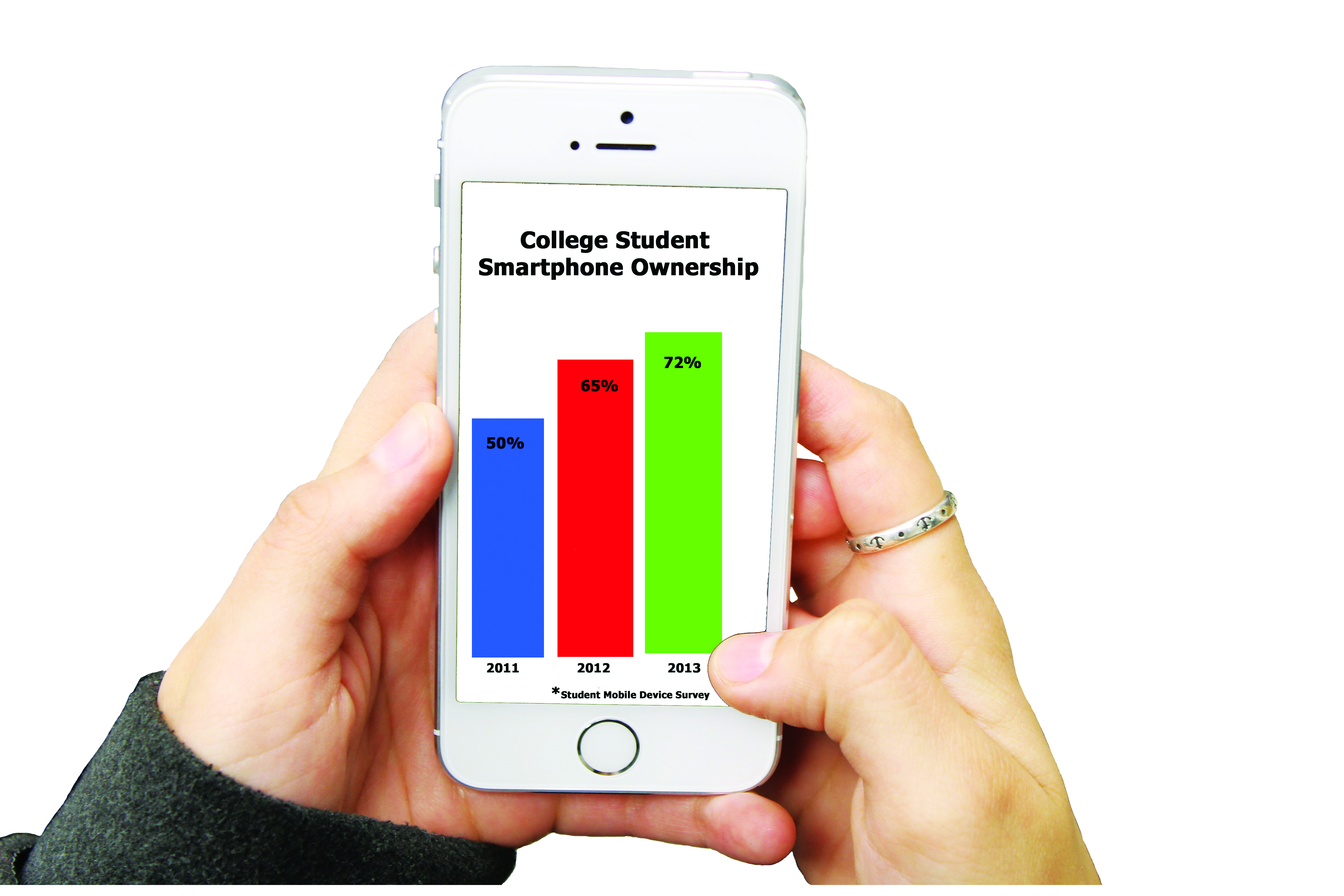