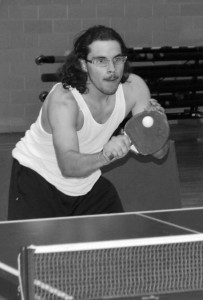 his opponents
in table tennis

Everyone was moving back and forth, switching between their left and right hands, standing on the tips of their toes hoping to come out victorious.

Twelve players participated in the double-elimination pingpong tournament that took place in gym on Oct. 23.

Each match was played best of three with the first player to reach 11 or win by 2 the victor.

The roster was filled with many familiar faces as well as a few fresh faces who have recently participated in intramurals activites. In the past most of the tournaments were team based and pingpong gave players to prove themselves in a more solo aspect.

Out of all players, only one could go undefeated and his name was Sam Carr.

A first-timer to intramurals Carr stepped up to challenge once he heard of the pingpong tournament. Carr did challenge every participant in the tournament.

Martin Canchola was one of those players who lost to Carr. That fueled his fire to make his way through the losers bracket into the finals to get his revenge.

Carr came into the finals a little too cocky. He had to only win one out of the three rounds, while Canchola had to win twice to be crowned champion.

The first round was close but Carr made too many mistakes and Canchola came out the victor.

Carr learned from his mistakes and came into the second round more calm and collected.

The second match of the finals belonged to Carr, with the score being 11-9. Both players showed a lot of respect to each other.

Carr, a first-timer to intramurals, showed up and showed off his skills as he took the crown of the pingpong tournament. 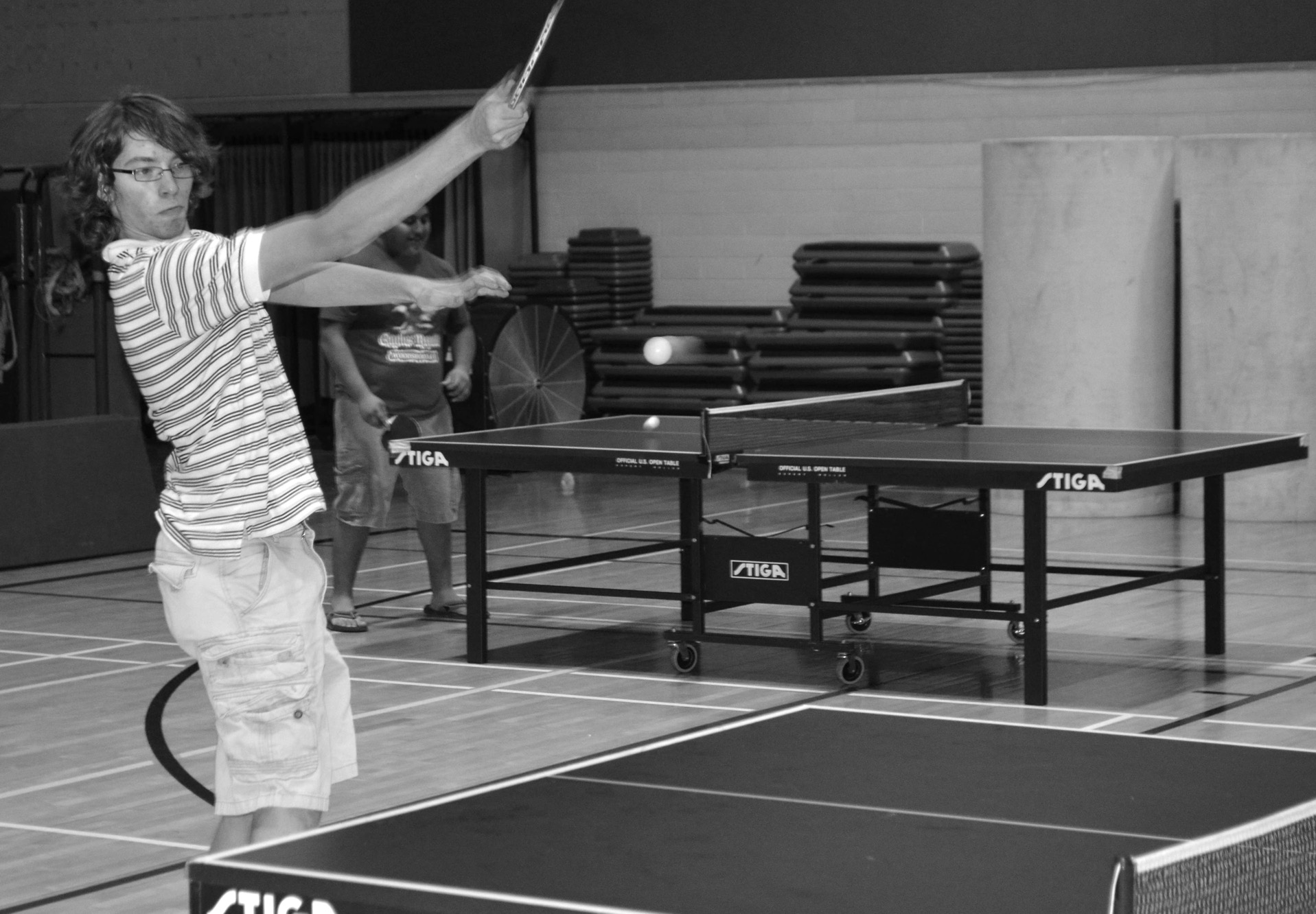