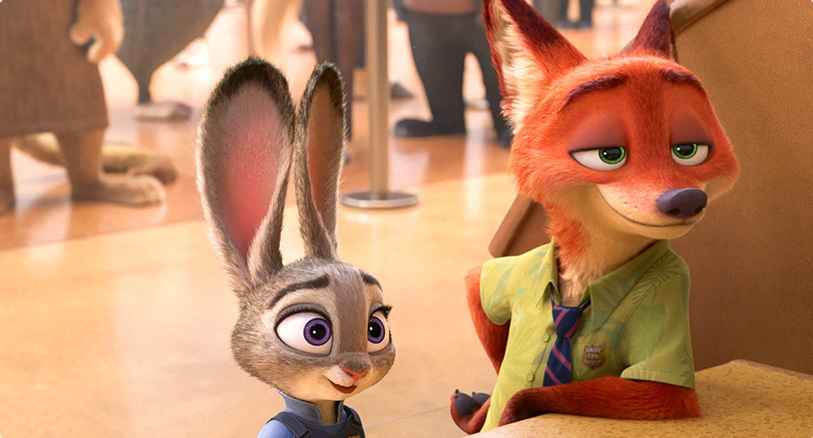 “Zootopia,” a film directed by Byron Howard, Rich Moore and Jared Bush, is a well-paced family movie with fun jokes and a message about acceptance that is handled very well.

In a world where predator and prey have evolved past their animalistic instincts and created a peaceful society, Judy Hopps (Ginnifer Goodwin), an idealistic young rabbit, has just become Zootopia’s first rabbit police officer. However, despite graduating at the top of her class, Judy is relegated to parking duty. When a string of predator disappearances surfaces, Judy decides that this is her chance to prove herself.
She has two days to find a lead on one of the missing predators or she must turn in her badge. With the assistance of fox conman Nick Wilde (Jason Bateman), her only lead, she begins her investigation. In the process she starts to see how the world treats predators and how the role society places one in doesn’t have to define them.

“Zootopia” offers adults and children a fun movie with well- placed action sequences. The message is handed well and doesn’t feel forced or overdone. The voice acting is very well done and the humor is well timed and appropriate. The minor characters have memorable roles, with special mention going to the character Yax (Tommy Chong), who is hilarious in his role. The plot moves at an even pace with no plot holes. The two main characters, Judy and Nick, work well together and play off of each other’s personalities very well.

“Zootopia” is a very entertaining movie that should be seen in theaters. Viewers looking for a movie to take the whole family to need not look further than this movie.