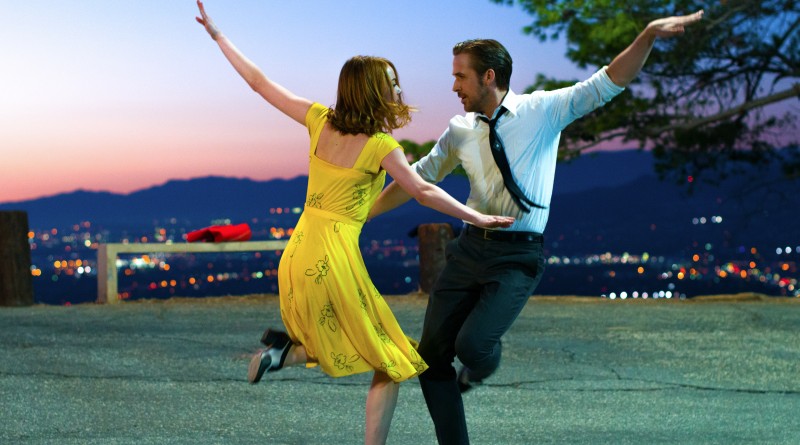 Director Damien Chazelle has become a force to be reckoned with ever since 2014s “Whiplash,” and with “La La Land,” Chazelle becomes one of the best directors around. The musical starring Ryan Gosling and Emma Stone is fine-tuned and exact; however, it also panders to the people who made the movie.

The Hollywood musical hasn’t been a constant force in film for many years now. While musicals can have success (i.e. “Hamilton”), the Hollywood musical genre didn’t extend beyond the ’50s, until “La La Land.” The film itself is an ode to old Hollywood, but also gives its characters a modern feel in a fantasy world.

After a grand opening musical number during some Los Angeles traffic, “La La Land” begins telling the story of Mia and Sebastian, an actress and jazz musician who are trying to be at the top of their respective fields. The film navigates through their struggles as artists as well as their new relationship, but also adds some song and dance to flair things up.

It’s easy to recognize that the majority of the effort script-wise went into the musical numbers, which are easily a highlight of the film. The rest of the script is rather lacking, with some of the scenes being forgettable when they’re just talking. However, Gosling and Stone both give it their all and make the movie feel authentic and warm. The duo also make the musical numbers beautiful, with their dancing and singing on point.

While the film has its great points and critiques of LA culture, throughout the film there is the undeniable self-serving feeling of smugness. The feeling that the people behind the scenes of “La La Land” are quietly applauding all the hard work they did to make it in the film industry is ever-present, which puts a damper on the bright film. “La La Land” also doesn’t try to hide the difficult and frustrating nature of their jobs. Stone continuously goes through humiliating auditions and Gosling works tirelessly in a dying field.

“La La Land” isn’t perfect, although it may present itself as it is perfect, but it is exquisite and precise.