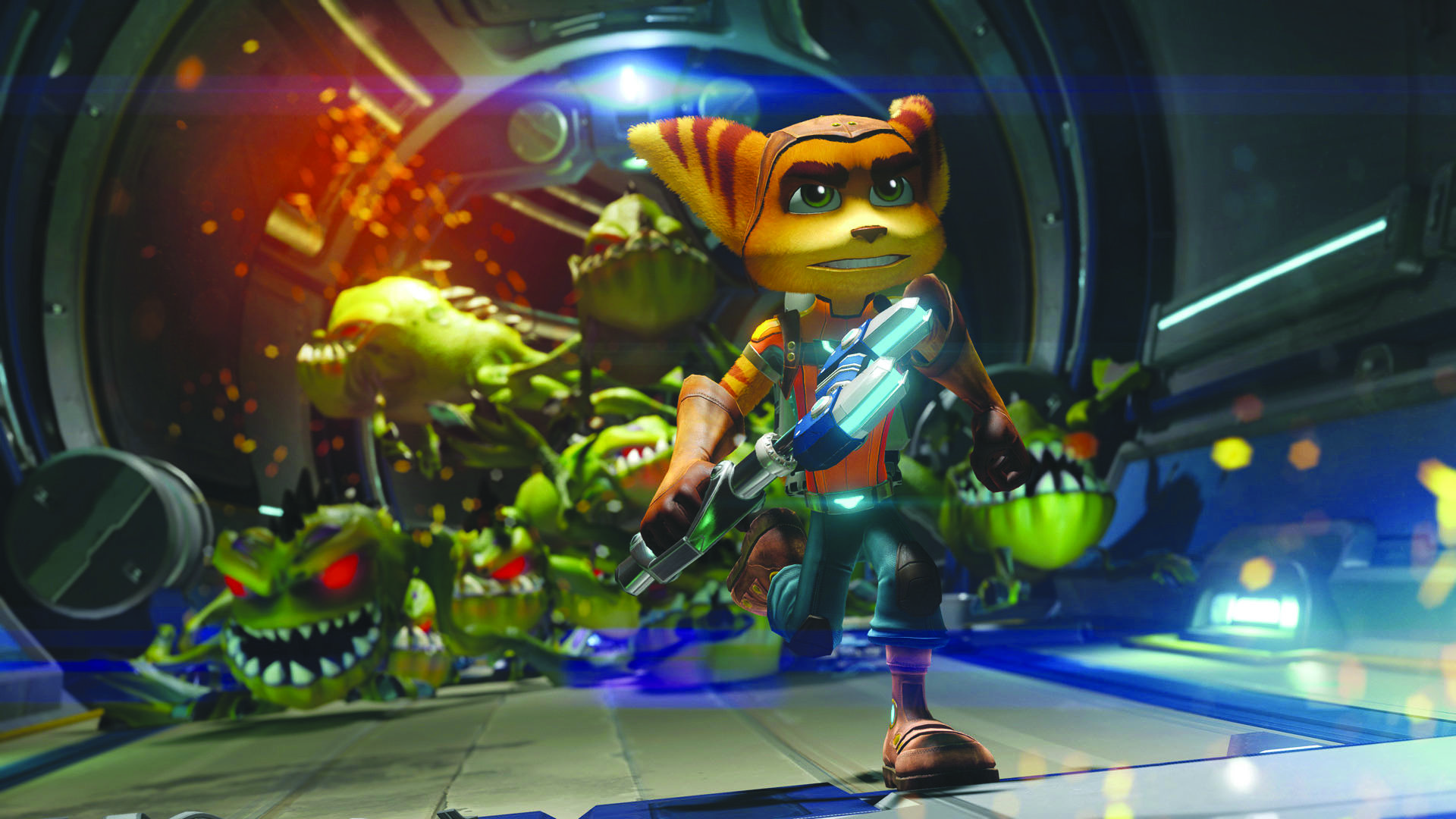 “Ratchet & Clank” is a Playstation 4 exclusive title that is a re-imagining of the 2002 classic developed by Insomniac Games and is also based off the movie now in theaters. Originally slated for a 2015 release, the game was delayed to April 2016 to be released alongside the film. Reimagings or reboots of a popular series can go either way, ranging from great to a complete disaster. This game, however, is one that shouldn’t be skipped.

A Lombax named Ratchet who works at a garage repairing ships has dreams of joining the Galactic Rangers. Although physically qualified, his background causes him to be declined by them and their leader, Captain Qwark. Ratchet then meets Clank, a warbot defect who has information on a plot lead by Chairman Alonso Drek and Dr. Nefarious by destroying planets to create a new one for their own purposes. Ratchet and Clank team up alongside the Galactic Rangers in hopes of putting a stop to Drek and Nefarious’ sinister plans.

The game- play is excellent with the feel of the original still intact with a new HD makeover. For melee attacks Ratchet comes armed with a wrench, which is great for close encounters and unlocking doors or activating certain objects.

Ratchet distances himself from horned toads on Nebula G34 in “Ratchet & Clank.” A feature film was also released in theaters to coincide with the game’s release on Playstation 4.

He also comes with weapons and gadgets that can be purchased through Gadgetron vendors using bolts. Bolts can be collected by smashing objects and defeating enemies in the world. Familiar weapons and gadgets from previous entries make a return such as Mr. Zurkon, buzz blades and the Groovitron, but the new weapon that shines is the Pixelator. This weapon can turn your enemies into an 8-bit style format and smash into cubes over time.

The game does have a health bar, requiring you to avoid taking damage as much as you can. Health is replenished by either smashing nanotech boxes with your wrench or leveling up with XP, boosting your life capacity. Weapons can also gain XP by using them on your enemies and also upgraded through Gadgetron vendors by collecting crystals called Raritanium. The game also requires you to play as Clank, which consists of using gadget- bots to help solve puzzles. As you progress in the game, puzzles begin to get more challenging requiring you to think on which bot to use and how. Cutscenes in the game consist of things from the original game and clips from the movie. But the one thing that makes this game clever is that at times it’s self-aware the game is a reboot, especially one part in the game where you run into a certain character that fans of the original will notice right away.

Although not quite as long as the original, the game does have a high replay value as there are side missions where you can collect gold bolts and find certain bonus gadgets. When you complete the game first round, it has a “Challenge Mode” where you keep your weapons and upgrades you purchased but enemies will be tougher than before.

If you’re looking for a great exclusive title for the Playstation 4, “Ratchet & Clank” is one that is definitely worth picking up. Fans of the original game will not be disappointed.