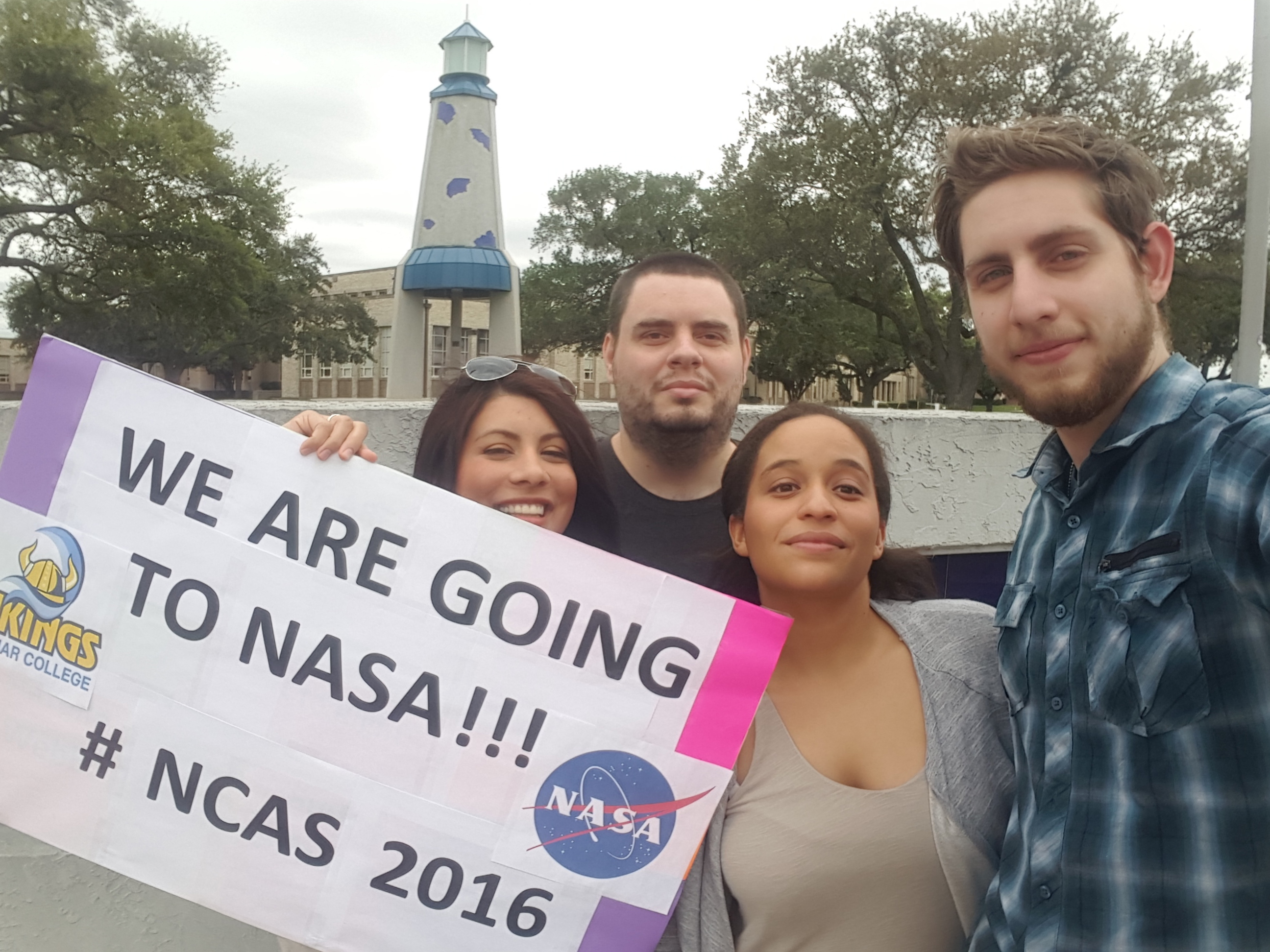 This is a selfie. Credit is as “Contributed photo” … Michelle Reed tracking down who is who

Four Del Mar College students were given the opportunity to work with NASA engineers at John C. Stennis Space Center in Southern Mississippi in April through the NCAS program.

The NCAS, also known as the National Community College Aerospace Scholars program, offers the experience to students interested in careers such as mathematics, science, engineering and technology, also know as the STEM career. “Being at NASA was a wonderful experience. Having the chance to meet and interact with actual NASA engineers allowed us to see what life was like at the forefronts of science,” said Agustin Bernier, a student at Del Mar.

Susan Samayoa (from left), Jeffrey Sparks, Shirelle Webb and Agustin Bernier have been selected by NASA as part of the National Community College Aerospace Scholars program.

The five-week scholars program consists of a three-day on-site event in which students are placed in teams and are required to develop and test a prototype rover that is designed to rescue astronauts.

“For me it represents a large step in my educational journey. Not many people have the privilege of experiencing life at a location like NASA who is involved in such cutting-edge advances as sending rovers to Mars. It also makes me thankful I chose to go to Del Mar, as I wouldn’t have been able to participate in this opportunity if I weren’t enrolled at a community college,” Bernier said.

The program is an internship that allows students to work with a Mars rover simulation.

“The NCAS program is an opportunity open to anyone enrolled at a community college who is interested in pursuing a STEM career. If I had just one thing to say to other students, I would say to never let yourself be limited by what you think you’re capable of. If you have the passion and determination, you can accomplish almost anything you want to. As the people at NASA have proven, even the sky is not the limit,” Bernier said.

The students in the NCAS program represented community colleges from as many as 20 states and offers hundreds to internships each semester.