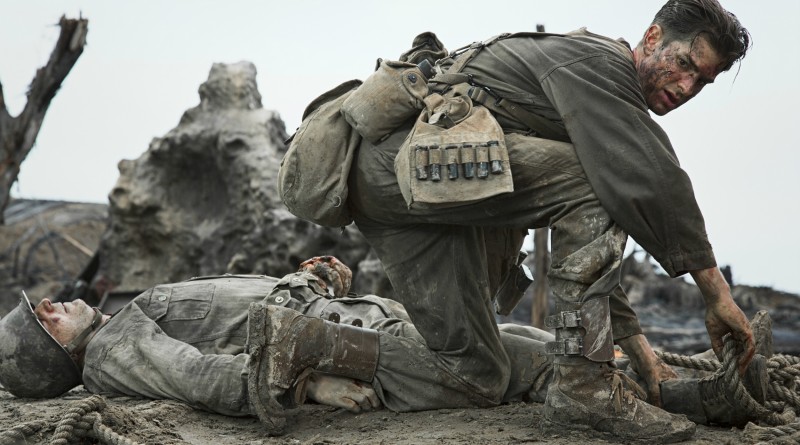 Mel Gibson returns to the director’s chair with “Hacksaw Ridge,” based on the true story of Desmond Doss and his courageous acts as a combat medic in World War II. Gibson hadn’t directed a film since “Apocalypto” back in 2006 and has been in the center of major controversies since then. He took a break from directing and makes a welcome return with this film.

Doss (Andrew Garfield) enlists in the Army to become a medic without having to fire or carry a weapon in the line of duty due to him being a conscientious objector. Because of this, he is put through intense training by his commanding officers and even his fellow soldiers turn on him. Eventually, Doss and his troops fight in the Battle of Okinawa to take out Japanese forces stationed on Maeda Escarpment, nicknamed Hacksaw Ridge.

The film depicts Doss’ life from his childhood, meeting his wife Dorothy (Teresa Palmer), training in the Army and the hell he had to go through to become a combat medic, and his courageous act during the battle at Hacksaw Ridge. 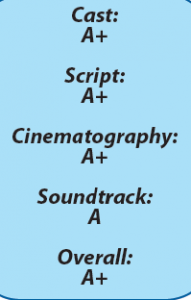 The script does a great job of immersing you in the film. Each scene has your eyes glued to the screen grabbing your attention with each minute. It also does a great job of depicting the feel of World War II with the battle that took place at Hacksaw Ridge. The film’s cinematography is great from catching the war-torn landscapes and intense battles.

Garfield does an amazing job as Doss as he captures great emotion in each scene and gives one of his best performances of his career.

Vince Vaughn, who has been mostly known for his comedic roles, does a great job in portraying Sgt. Howell, one of Doss’ commanding officers. He has the right balance of emotion and humor as he acts like the perfect drill sergeant, making him a perfect fit for the role. Every actor does an amazing job and, when coupled with the strong direction from Gibson, this film is on par with “Saving Private Ryan.”

“Hacksaw Ridge” is a film that you do not want to miss out on and is a must-see in theaters. This will join the ranks of the greatest war movies ever made.