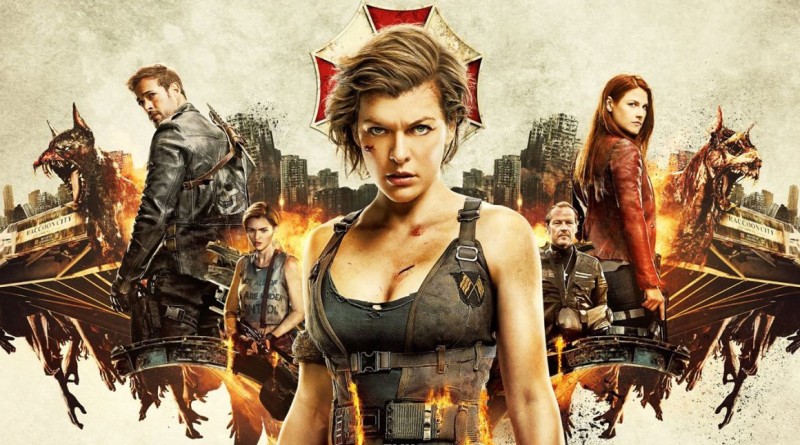 Milla Jovovich returns as Alice in “Resident Evil: The Final Chapter” with Paul W.S. Anderson directing and writing the film. Based on the popular video game series, these films have been passed off as mindless fun and became a hit, with the saga now on its sixth and final installment. The saying goes, “They saved the best for last,” but it clearly does not apply to this film and here’s why.

After being betrayed by Albert Wesker (Shawn Roberts) in Washington, D.C., Alice sets out to Raccoon City to return to The Hive to retrieve an anti-virus to help destroy the T-Virus, a strain that mutates anything it comes in contact with. She must get past Dr. Alexander Isaacs (Iain Glen), who tries to stop her from retrieving the cure within 48 hours, otherwise the last of the remaining human strongholds will be wiped out from the T-Virus. And in addition to trying to save the world, Alice must get answers on who she really is while taking down the evil Umbrella Corporation.

Anderson claims to be a huge fan of the “Resident Evil” video games, but it does not show in his writing as he is a talentless hack. The opening scene is kind of a recap of what happened in previous films, but it completely changes and disregards the events of the previous films including 2012’s “Resident Evil: Retribution.” The epic climax that was teased in the previous film is completely disregarded, and the whereabouts of these characters are never mentioned. It was as if the actors in the last film didn’t want to do this last installment after reading the script, and Anderson just didn’t know what to do so he just brushed it off. This would be fine if they mentioned what happened in a conversation, but it’s never mentioned and you’re expected to buy into it. The acting in the film was bad all around as each of these actors just seem to not care anymore and just pay their rent for another year.

The way this movie was shot is atrocious and is an insult to all action films and all movies in general. The editing is so choppy that when a fight scene is going on, it seems to have a lot of jump cuts when someone throws a punch or attacks something that makes it very hard to follow and migraine inducing. Because the editing is so choppy, there is a scene where a character dies but you will not know who it was that died till the cast of characters gathers in a group, and you have to pinpoint who’s missing in the group to see who it was that kicked the bucket. Even the action could not save this film due to its poor editing and the special effects in this film will make you think this movie was made in the 1990s or an amateur filmmaker making a film on Adobe After Effects.

The final nail in the coffin on how terrible this film really is involves the ending. Without giving away any major spoilers, the film’s finale is a middle finger to not only the fans of the video game but those who stuck with these films since 2002. It tries to be emotional with its score giving it a sense of closure, but then it hammers in one last twist at the end that wasn’t needed and just proves that this series of films needs to end.

“Resident Evil: The Final Chapter” is the first worst film of 2017 and possibly the worst ever made. With terrible acting, story, editing, action, and a director who is a hack this proves to be a film that you need to stay far away from as possible. Save your money for the superior “Resident Evil 7: Biohazard,” the newest game that recently came out in the series instead of seeing this film.