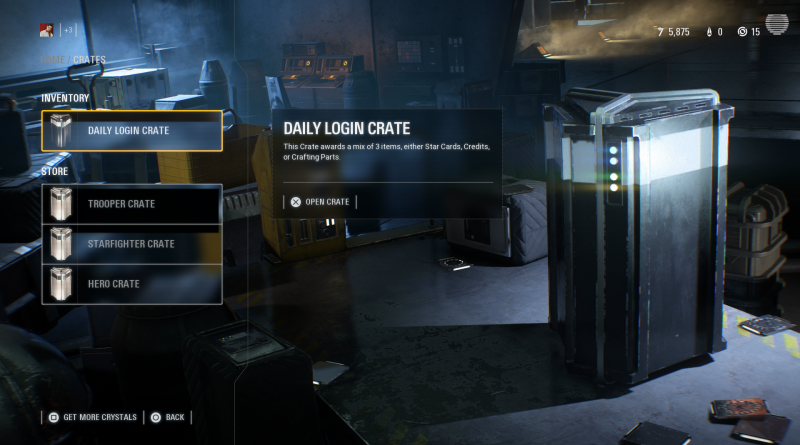 Mendiola has been a fan of the original “Star Wars Battlefront” series developed by Pandemic Studios and it was a huge disappointment after EA Games introduced loot boxes in the game, giving gamers an unfair advantage if they purchase them with real money.

“After hearing all this stuff, I stopped paying my pre-order because I wanted to almost take it back,” he said.

The news of the controversy came as a letdown to Mendiola after hearing from friends that the game itself was an improvement over the previous title but was plagued by EA’s shady practices.

Microtransactions are a business model where gamers can purchase virtual goods through micropayments. This model was originally used on free-to-play mobile games for a source of revenue for the developers, but has since made its way into popular video games such as “Call of Duty,” “Overwatch,” “Destiny” and “Star Wars Battlefront II,” which most gamers aren’t happy with.

“I understand that these games cost a lot to develop, but I also think that these microtransactions can be exploited,” government professor Paul Gottemoller said. He added the randomized nature of the system can exploit the player by having gamers pay for content that they might already have in the game.

In addition to the loot box controversy, a player who spent $80 on the deluxe edition “Battlefront II” posted on Reddit that to unlock Darth Vader, you must collect 60,000 in-game credits, which would take 40 hours of gameplay — even after purchasing the deluxe edition. EA’s community team defended this practice by saying that they wanted to give gamers a sense of “pride and accomplishment” after unlocking a hero, which outraged the community and generated 674,000 down votes on Reddit, a record for most down votes on the site.

EA reduced the price to purchase heroes by 75 percent, making it easier to unlock them, but the damage had already been done as gamers refused to buy the game on principle, including history major John Matthew.

“If they’re going to treat me that bad, I’m not going to buy it right off the bat at full price,” Matthew said. He also compared the loot box microtransactions to rolling dice, giving gamers an uncertainty of what you’ll get in-game that to an algorithm where you most likely lose or receive gear that isn’t all that good.

For those who did purchase the game, including Gottemoller, who felt the game was fun, the inclusion of a campaign was good and the controversy helped improve the game.

“The controversy itself is mixed because EA has made changes and the changes they made are helpful,” Gottemoller said. He added that the controversy resulted in reduced costs for players, and the game would have been worse without it.

After the backlash, EA has temporarily shut down microtransactions in the game, giving a victory to those who fought against this system. This shows that gamers have a voice within these big companies and are making it known that these practices won’t fly.

“Gamers are going to have more of a voice on how they want their games and we believe that we should get games that are full-based again, no DLC, just a good, quality game,” Mendiola said.