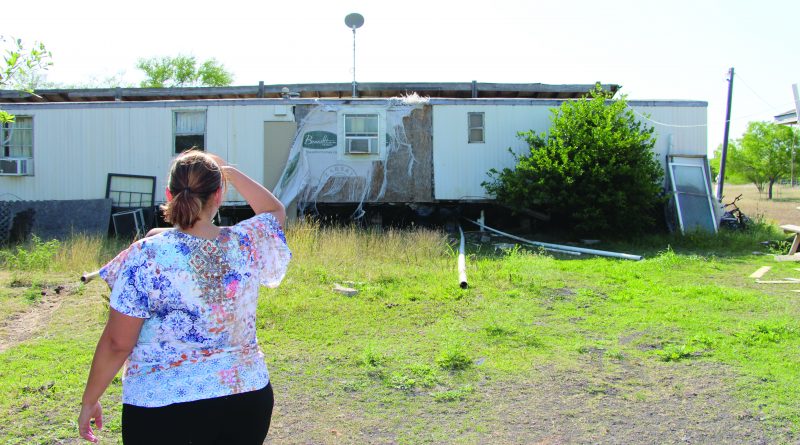 Nueces County is home to dozens of colonias, which often lack basic services such as clean water

Located down county roads is a collection of homes in what seems like overgrown pastures that form an unseen and underserved community. Daily life for residents of these communities, known as colonias, can be tough.

Lionel and Juanita Lopez have worked with these communities for more than 30 years.

The Lopezes are advocates of the South Texas Colonia Initiative, which began in 2004. Fighting for the rights of the colonias, the Lopezes face many obstacles with state and county officials including but not limited to the lack of water services and paved roads.

Lionel, a retired firefighter, became familiar with the conditions of the people living in the colonias when making calls to the outlying areas.

“People would always call him and ask him for information,” Juanita Lopez said. “He became knowledgeable as far as all these agencies and offices because there’s so many issues that our people go through a lot.”

Seeking affordable housing, low-income farm laborers began settling in these neighborhoods, which were sold by developers, in hopes of building a home for their families in the 1950s. Texas is home to over 500,000 residents in more than 2,294 colonias. Nueces County has more than 200 alone.

Because these rural areas are located among border states such as Texas, New Mexico, Arizona and California, it is assumed that most residents are undocumented Hispanics.
According to Juanita Lopez, immigration status is not an issue in Nueces County.

“We don’t have that many undocumented, we have maybe 2 or 3 percent” Lopez said. “It’s mostly English-speaking in our area.

Many of the colonias face environmental injustices that need improvement for both living and health conditions.

According to Lionel Lopez, many people living in colonias are paying for basic services from the county.

“There’s a colonia called Primavera … across the street from where this colonia is at there are pipelines and they are paying taxes on that pipeline but Primavera doesn’t get any water from there,” Lopez said.

According to Nueces County Commissioner John Marez, he is aware of situations like these and has been involved.

Often there are regulations or laws that make it difficult to help serve these colonias. The Cranston Gonzalez Act of 1990 only recognizes colonias that were established before Nov. 28, 1989.
“The county has limited resources in what we can offer or do because of federal laws that have been written that don’t recognize any new communities that would be considered colonias,” Marez said. “As commissioners there are some things that we can do to try and help them and that’s to connect them with resources.”

Another issue is the lack of safe and passable roads. According to Marez, one of the major issues that the commissioners struggle with is private roads because according to the state using taxpayer equipment on these roads is illegal.

“For colonias a lot of the problems there is roads,” Marez said. “If I want to put any money into fixing these private roads I’m immediately told you cannot put money into private roads because that’s illegal, it’s not allowed by the state.”

Nevertheless, Chapter 253 of the Transportation Code allows the Commissioners Court to determine the need for improvement of a private road in a subdivision if necessary where the conditions of the roads impact “the public health, safety, or welfare of the residents of the county.” The Commissioners Court can vote to order improvements and assess the costs of the improvement against the record owners of the property.

According to Juanita Lopez, some residents have even tried to buy caliche to make roads passable but the county would not comply.

“We’ve been there when residents ask to buy caliche and they say they will spread the caliche themselves, but commissioners refuse and one thing to remember is that all residents owning land pay taxes,” Juanita Lopez said. “That is why we say colonia residents are the ‘forgotten people.’”

UP NEXT: Part 2: Fighters for the forgotten