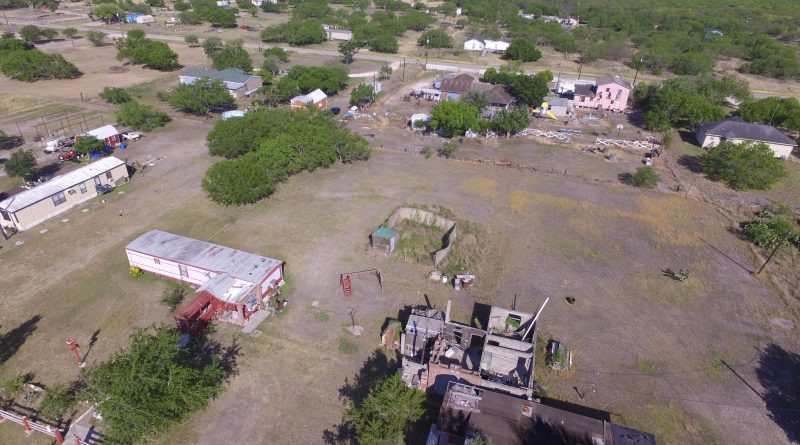 Tens of thousands of people live in about 200 colonias in Nueces County.

Del Mar student looks to the future, hopes for change

After living in the colonia of Petronilla for seven years with her father, Del Mar student advocate Yvette Reyes remains hopeful about the living conditions that continue to affect her family life.

“We have water wells, but we have to buy our own water,” the social work advocate student said. “We can’t drink, we can’t cook with the water … the water’s pretty slimy, you can tell the difference.”

Reyes and her father regularly buy five-gallon containers of water a day, but she also mentions that it’s not the worst of what she’s seen in the farther-out colonias. While living on their own property in Petronilla with her father, Reyes has seen change, but more often than not, those changes become unfulfilled promises.

“When I first moved out there, they started putting (new) water lines. We are a little bit fortunate, yes, but they stopped right before our block,” she said. “So we still don’t have water offered by the city.”

Reyes also mentions she still has neighbors that have no water, and just live on their own land.

A major concern is the dilapidated state of the roads and the danger they potentially pose to the community.

Reyes also mentioned that she and her father have considered going out to put their own sign, as trying to address the issue with the county has not gotten them very far.

Coupled with the frequent electrical problems in the colonias, Reyes mentioned a settlement of nearly $1 million meant to improve the water quality that has gone unheard of since its emergence.

In April 2017, the Caller-Times reported that the financial assistance from the Texas Water Development Board would go to the Cyndie Park water supply. Many residents of colonias as well as activists Lionel and Juanita Lopez remain skeptical about the change proposed a year ago.

Any kind of improvement to the water system, Reyes learned from her neighbors, will first come with a long period of low water pressure. 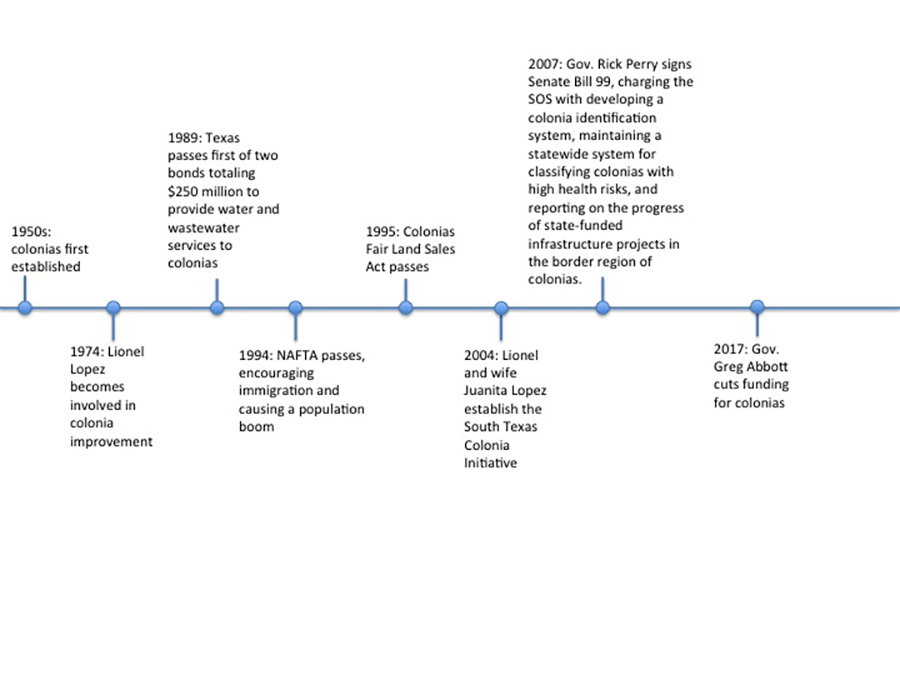 Electricity is another issue Reyes and other residents of further out colonias will encounter.

“Our power does go out more, with the electricity, so that affects our cooking and stuff like that, and when the power goes out, we’re the last one to get it fixed.”

Combined with her already established love for social work, Reyes’ direct connection to the conditions in the colonies has motivated her to help out the Colonia Initiative in whatever way she can. Reyes firmly believes in the progress she and her fellow activists have worked so hard for, vowing to leave the colonies only when conditions have improved.

3 thoughts on “A land of unfulfilled promises”