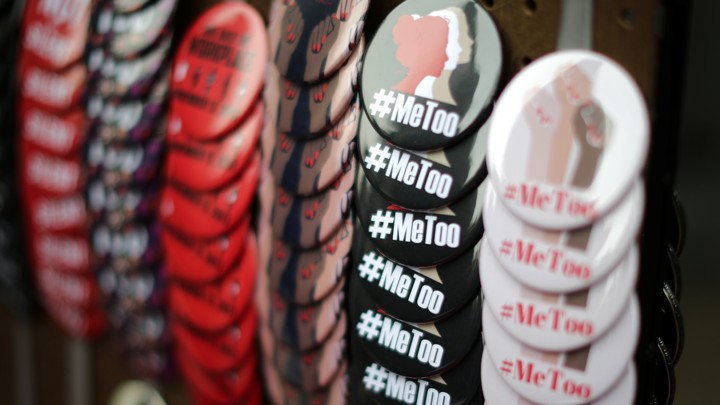 With October being Domestic Violence Awareness Month, the MeToo Movement is still on the rise. Women across the globe suffer from domestic violence and even sexual assault every day and today, women are saying enough.

The MeToo Movement was founded in 2006 by Tarana Burke. The movement was originally for women of color that are survivors of sexual violence, helping them to, “find pathways to healing,” according to the MeToo website. Women were afraid to say anything and make accusations against their assaulter but to Burke, that had to change.

I asked around the campus and ran into several people that did not know anything about the MeToo Movement but when asked how they felt about women who have been sexually assaulted, DMC student Chevais McChester, 24, replied: “I think women should not be afraid to come forward. They should be putting it on the table. It’s understandable that some women could be afraid to say anything because they think about what it would do and the outcome of it.”

In 2017, an abundance of female actresses, like Ashley Judd and Asia Argento, came forward and accused film producer Harvey Weinstein of sexual assault. The MeToo movement sparked when the Weinstein victims came forward and used #MeToo as a movement to voice sexual assault among the Hollywood community. Before these accusations, MeToo was a movement specifically for low-wealth colored women. Now, it had turned into a controversy involving women of Hollywood, forgetting what the movement was actually meant for in the first place.

Just recently, allegations were made about one of the “leaders” of the Me Too Movement, Asia Argento, sexually assaulting a 17-year-old actor. This discredited the movement and raised the questioning of victims and their allegations being real. There have been allegations proven false in some cases, backlashing women and the movement.

“I don’t think it ruined the movement. I think that now it gives us a reason to dig deeper and find out what’s really going on,” said DMC student Jennifer Wall, 32.

The most recent allegation involved Supreme Court Justice Brett Kavanaugh being accused of sexually assaulting Christine Blasey Ford back when they were teenagers. This gained more attention to the movement.

“I think it’s odd that women wait to make accusations when that person is doing something big,” said student Jacob Tuley, 16.

“…but times are different now and women are coming forward because of the impact that the Me Too Movement has made,” replied student Gabriel Mendoza, 16.

The Me Too Movement continues to bring hope for those that were sexually assaulted. Where it stands now, it gives women the courage to come forward, with no fear of calling their assaulters out on that they have done to them physically and mentally.

“The #metoo shows me that I am not alone. That no matter how bad my anxiety and fears get there is someone out there who understands exactly what I’m going through. It helps me find the strength to move on and to remember that I am not what happened to me, that I can find peace one day,” said DMC student Tabby Shipp, 20.