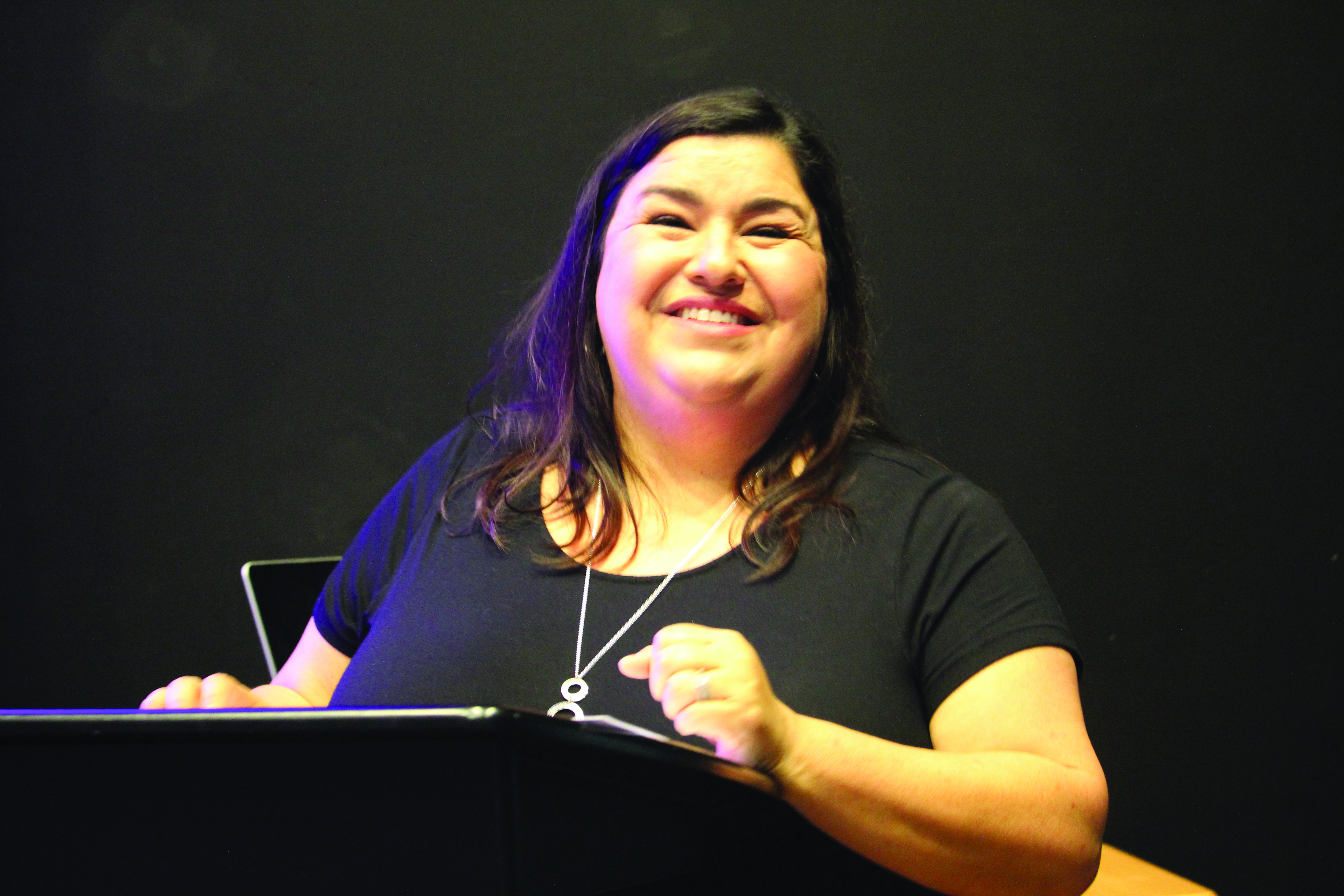 Del Mar College alumna and former actress Lydia Blanco-Garza recently returned to Del Mar to talk about her experience as a Latina in Hollywood.

Blanco-Garza, who grew up in Corpus Christi and majored in drama at Del Mar, has worked alongside actors such as Tom Hanks, Natalie Portman, Kate Winslet and Jack Black and has appeared in numerous television shows and movies including “The Terminal,” “The Holiday,” “Curb Your Enthusiasm,” “Desperate Housewives” and “C.S.I.”

“My love for acting grew on the stage, and it was really in part to all the different roles that I got to do here at Del Mar,” Blanco-Garza said during the event in the Fine Art’s building on April 11, which was part of DMC’s Cultural Program’s spring lineup.

After receiving her bachelor’s degree in communications with an emphasis on theater from Texas A&M University-Corpus Christi, Blanco-Garza moved to Austin where she began working on short independent films. It wasn’t until she moved to Los Angeles that she received her first big acting role, in the Lifetime series “Strong Medicine.”

Blanco-Garza became known in the industry for playing a housemaid in her many film and television appearances. When she noticed the trend, she decided she would corner that market and hold on to it.

“It did not bother me at first because I was working and that is the goal of an actor, to find your niche and work,” Blanco-Garza said.

However, as Blanco-Garza’s acting career advanced, she realized she wanted to broaden her horizons and did not want to be known as only a housemaid, especially as a Latina.

Blanco-Garza said that during her time as an actress she was often asked if she could translate, speak with an accent, or speak Spanish even though she is a non-Spanish speaker.

“I started to realize that the people in power in Hollywood are going to write what they know, and in their world they have maids and gardeners named Maria and Jose, but for me that was not my reality,” Blanco-Garza said.

Blanco-Garza grew frustrated and decided to rebrand herself. She cut her hair and replaced her old headshots so she could sell herself as anything other than a housemaid. It was around this time that she began receiving roles with more authority.

She played a doctor on the Fox series “The O.C.” and a border patrol agent on Showtime’s “Weeds.” However, it was her role as a wife named Sarah on the ABC show “Better Off Ted” that really resonated with her.

Blanco-Garza left Hollywood, moved back to Corpus Christi and started her own talent agency, the Blanco Agency, which represents over 100 performers. She also serves on the board of directors for Corpus Christi’s Aurora Arts Theatre.

“It was definitely inspiring to see somebody who was actually in the industry and the changes they decided to make because they felt like they weren’t properly represented,” television and radio major Jamie Garcia said.