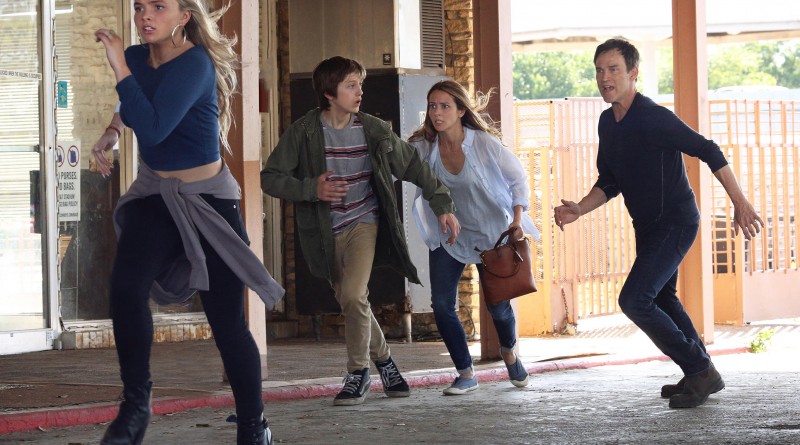 Besides breaking box office records, Marvel is making a statement on the small screen. Its new television series, “The Gifted,” debuted Oct. 2 on Fox, and it did not disappoint on upholding Marvel’s cinematic vision.

“The Gifted” is an adventure series that follows an ordinary suburban family until their children, Lauren Strucker (Natalie Alyn Lind) and Andy Strucker (Percy Hynes White), discover they have developed mutant powers. Their parents, Reed Strucker (Stephen Moyer) and Kate Strucker (Amy Acker), now must protect them from a hostile government that forces them to run where they later find an underground network of other mutants with their own stories. So the story of the family merges in with the story of survival of the mutants.

The show does have an “X-Men” feel to it because the director and executive producers were all involved with the “X-Men” movies. So far, it has been nonstop action. That nonstop action actually highlights what Marvel is known for, cinematography. The same creativity that is used in films is used in the show, so the people who do the amazing visual effects uphold the trend. The show has the look and feel of a movie because of the amazing CG, visual effects and prosthetics they use on the actors. You know it’s not real but they seem real and believable.

If there aren’t any action sequences, then the drama of the dialogue comes in and plays as the action that leaves you on the edge of your seat. Moyer and Acker know how to dissect the dialogue and figure out how parents would react; it’s easier for them because they have children of their own. The script is thoroughly well written so the viewer can easily follow what is going on without being confused because they may not know much about the Marvel Universe. The script and the way the actors play with those words drive the action that is taking place, but also moves the show along at a good pace.

Marvel is at the forefront on raising movie standards and soon it will be raising television show standards. New episodes of “The Gifted” come out at 8 p.m. Mondays on Fox. I’ve got my DVR recording it because I don’t want to miss a single episode. Knowing Marvel, I wouldn’t be surprised if they left Easter eggs in the show for upcoming films.