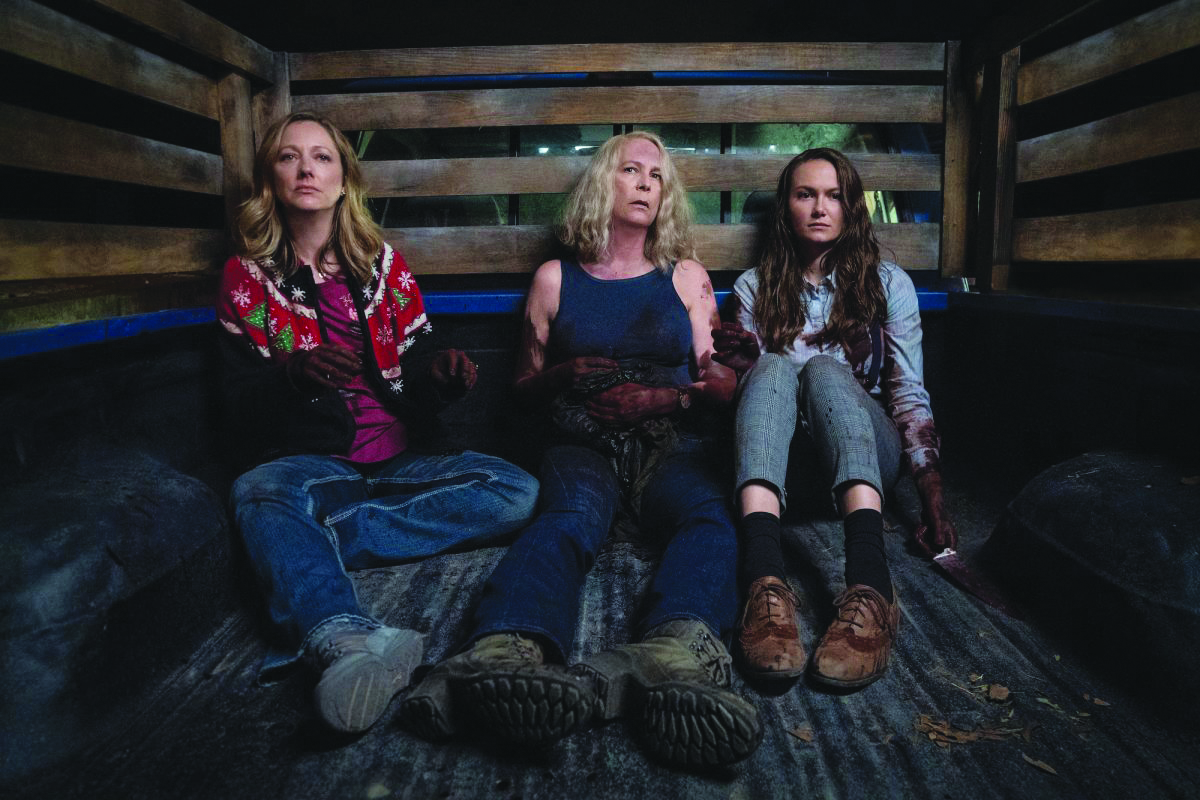 “Cult classic or reboot regret?” may be a question Halloween fans are asking themselves after viewing the latest movie in the Halloween franchise that started 40 years ago.

To start off, it would not make sense at all without a small clarification — movies made from 1981 to 2009 never happened. At least not in this storyline, directed by David Gordan Green and scripted alongside Scott Teems and Danny McBride..

Jamie Lee Curtis returns as Laurie Strode, Michael Myer’s (aka The Shape) lone survivor from the babysitter murders in the 1978 “Halloween” film but taking place 20 years from the last installment. The movie picks up with Laurie, her estranged daughter Karen (Judy Greer) and granddaughter Allyson (Andi Matichak) in “Halloween” (2018). After leaving Myers behind in the basement of the burning house, they arrive at the hospital to save Laurie, who has life-endangering injuries. Once sustained all three discover that their efforts were in vain because Myers is still alive and killing not in his usual fashion but to a degree that leaves his victims mangled.

I haven’t seen so much gore in a Myers film till this one and I understand the reason it changed.

He was just locked in a basement in a burning house! They just tried to kill him! So, he comes back with a vengeance, killing anyone who comes at him. I mean, I’d be mad too. And they do not stand a chance. You have the other survivors Tommy Doyle (Anthony Michael Hall), and a memorable throwback to the original film featuring Marion (Nancy Stephens) and Linsdey (Kyle Richards) in a few scenes I will not spoil.

Overall, this movie was not at all bad if you haven’t seen the previous movies. The gore is there, the storyline is there and even as many times as it has been changed, my interest remains even after I almost fell asleep during the last 30 minutes of the movie — only because it takes forever to get to the point that it is going to get interesting.